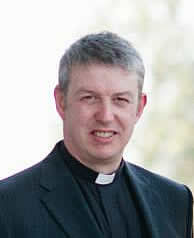 Recently I read a book…nothing unusual there you may think. Well I had bought this book, titled “The Prodigal God” by Tim Keller as a challenge to see if there was anything about the parable of the Lost Son that I had not yet discovered. I thought, a whole book on this one parable in Luke 15 was worth the challenge!

But of course there was something new in this story….in fact there were quite a few new things, here are just some. Firstly, when you read the context of this passage, Jesus has an audience of sinners, tax collectors and religious leaders and so it appears that he speaks to both groups in the parable.Now the first part of that parable is about the welcome home that the younger son gets from his father when he comes to his senses and returns home. But what I had not thought about before is that when his Father puts the robe on his shoulders and throws a party, he is accepted once again as his son…now that means that he is entitled to his father’s inheritance again as a restored and accepted son. Now this becomes important when we begin to look at the reaction of the older brother.

But what the sinners and tax collectors heard was that there was grace, forgiveness, welcome and complete restoration. I hope that you too hear this message. As the parable moves on, the older brother comes home and refuses to go into the house, despite his Father asking him to do so (a huge sign of disrespect in that culture at that time!). He is angry because he believes that his brother should be punished and because as we have mentioned, his part of the inheritance had just gone down. The older brother wants everything to be the same, he wants to keep what he has, after all he thought that he had earned it!! This part of the parable is for the religious leaders and the sad part is that the older brother never goes into the party, he remains outside even after the request from his father.

Now the question and challenge for the church is this: Do you want to see people coming to faith, discovering who Jesus is and about this incredible offer of forgiveness and love, despite what they might have done. Do you want to see sinners welcomed back, even outrageous sinners, even intentional sinners, even sinners that once wished God dead? Well I hope that the answer is yes (because actually they are welcome!!).Now if you do want to see this happen, then consider another question: Why aren’t the sinners gathering around our church every week?…. could it be that we have hidden the message of grace and love and forgiveness so that church is seen as a place only for the good and a place of condemnation? The next question is: has the church been behaving like the older brother who just wants everything to be kept the same and to keep what it has no matter what? The final thing that I wrestled with is this…. could the parable of the lost son be referring to the older brother? The younger brother was lost and had been found, dead but now alive. The older brother… lost?

I hope you have a great Easter as we look forward in mission and worship together and consider who we are and what we really want.